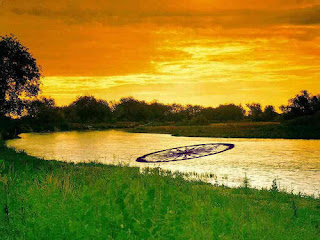 Its independence day today for India and one of the first which has a least influence on me either positive or negative. I am wondering what has caused this change, has it happened over a period of time and what does it mean? The first thoughts that come to mind don't worry me because its a feeling I have had since some time.

1. We should be happy that the people who lived in this country before 65 years (few of them must still be alive today) got independence from foreign rule. They were able to reclaim their land and some human rights. But think about this - people who got independence are no more alive today and we are happy for their 'nows'. This means I and most Indians were born in a free country. Looking at the state of affairs today and how this country is led and governed politically, it doesn't require a genius to figure out that there is more to worry 'now' and take care of it than to celebrate something which was done and achieved by a previous generation by 'their' actions alone. So if I look at my life today, what is my contribution in the now to help 1/6th of the total human population who live in 'free India' to lead a positive transformation?

Celebrating today just to become happy/motivated/inspired for actions of people who are no more is same as running away from making 'my' own contribution. India has the talent and the potential which is unmatched and unlimited but does not get channelised because the few who call the shots for more than a billion people today, either - have the wrong intention, selfish motives, hidden agenda, mis- alignment of thoughts, words and action, incapable of finding a progressive solution, do not want to find a solution or have deep down within given up and living the rest of their days.

Its 65 years today and most of the political leaders in most relevant positions are more than 65 years old! Why is this the reality of a country where the average age of a citizen is 24 years. So by simple maths and majority in a democracy, 24 year olds are mostly choosing 65 year old to lead them. That is such a paradox and this fact itself is enough to understand how complex this challenge looks to be. Moreover when I see people (even I was there once) joining the anti-corruption movements in India in the last 18 months, they are also mostly young people. So one obvious conclusion is that young people in this country think its more important to join a walk or an, 'ann-shan' than to cast their vote. But this doesn't explain the whole story.

There are some relatively young people in todays politics, like in their 40s mostly; but I have mostly never seen them contribute their opinion and influence any major national or regional decision. I have seen a lot of debates in the parliament and never seen them influencing at debate. There must be a solid reason what suppresses their voice or why they choose to occupy those roles and not make a national contribution.

The country is presently politically led by a generation which comfortably chooses to live in the past, glorify the achievements of the previous generation and make this country move at a snail's pace or worse. Whatever growth the country is seeing today or whatever excites the MNCs/political leaders of the economically stagnant developed world; is driven by the hardworking Indian entrepreneurs and a few great companies/organizations and not the politicians or the popular MNCs which funds the elaborate election campaigns of the political parties.

The next national elections should reflect the true picture of how non-inspiring the current state of affairs is and perhaps then a few genuine young leaders would raise their hands and take up more responsibility. The question for now is, what happens for the next two years? What happens in the now to make things better tomorrow!

2. I feel the way I am feeling today is also because the whole importance attached to emotions like 'nationalism' is almost dissolved in my mind and awareness and has now evolved to looking at the world without borders and political divisions, looking at every human in broadly the same way irrespective of which country he or she is from and also my growing awareness about the 'global consciousness' at the spiritual level. The concepts of countries was formed to create organized societies to govern humans by some rules and keep them safe but now with the growing connectivity through travel and internet, it looks completely irrelevant why I should think from a mere country or nationalistic perspective. It is very limiting. What also seems more relevant to me is my contribution to my human race as a whole and not any city or country.

This is my guiding principle and what inspires me now. This is will lead to actions performed by me to meet this objective and I know today that achieving this will increase my awareness of the global consciousness, create a transformative global impact and make me more content than anything else. The set of these actions need to be determined now and the near future, divided in blocks of years and spreading across the rest of my life.
Posted by Kamal Seth at 8/15/2012 06:41:00 pm